AeroFly FS2 is now available !  After a period of early access, the flight simulator by IPACS is now considered complete.

Aerofly FS 2 Flight Simulator lets you explore the world of flying in a quality never seen before. Fly a large selection of highly detailed aircraft with interactive 3D cockpits. Aerofly FS 2 currently features over 150 airports in the south western USA and global elevation and satellite imagery.

Leaving Early Access is a monumental step for the future of Aerofly. We have all worked very hard to provide our community with a solid core engine to build upon, and today we can confidently say that we have reached that milestone.

“Every award-winning structure begins with a solid foundation”, and we believe that we now have that.

So, what’s next for Aerofly? The best answer to this question is “plenty”. Now that we have a solid core it’s time to get to work on features. Features will now be our focus moving forward.
Aerofly will continue to be developed, and updates will continue as well.
We are so excited about the official release of Aerofly FS 2 we intend to add a new airplane to the growing fleet very soon. This new aircraft is the Bucker Jungmeister! This new aircraft will have exceptional detail and physics so realistic you would swear that you are flying the real aircraft. Look out for this new free aircraft coming very soon!
Until then, here are some screenshots of this highly detailed aircraft. 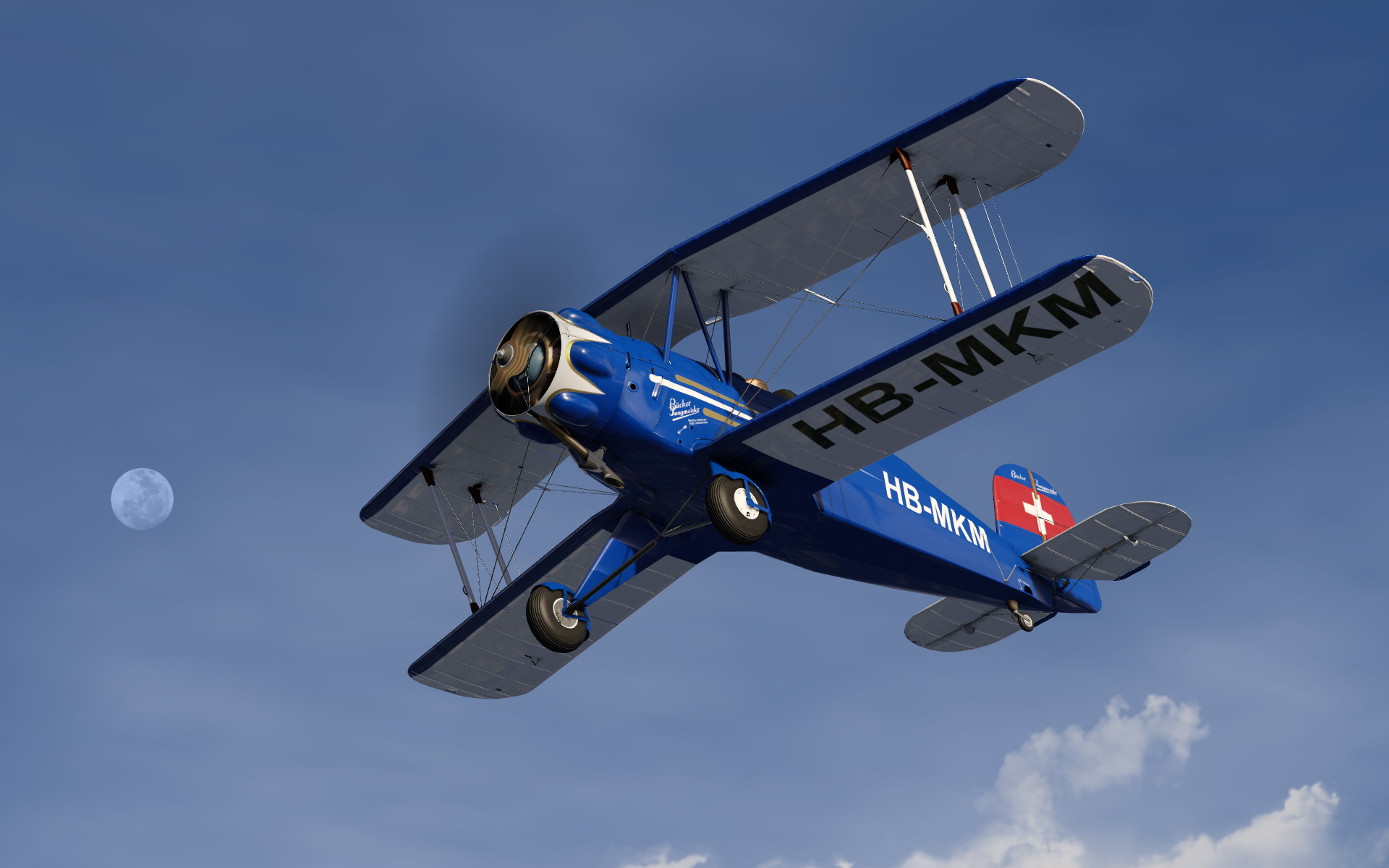 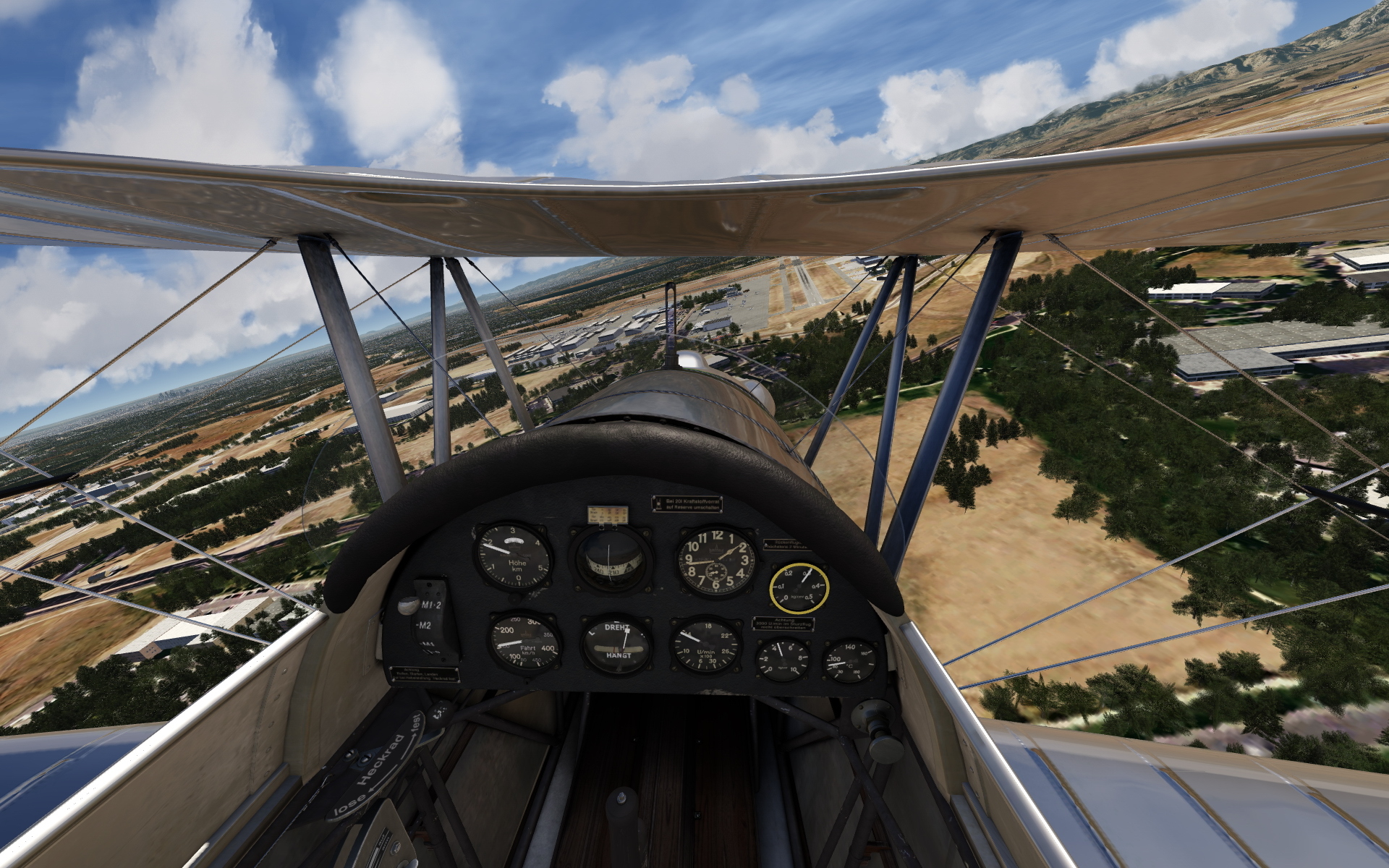 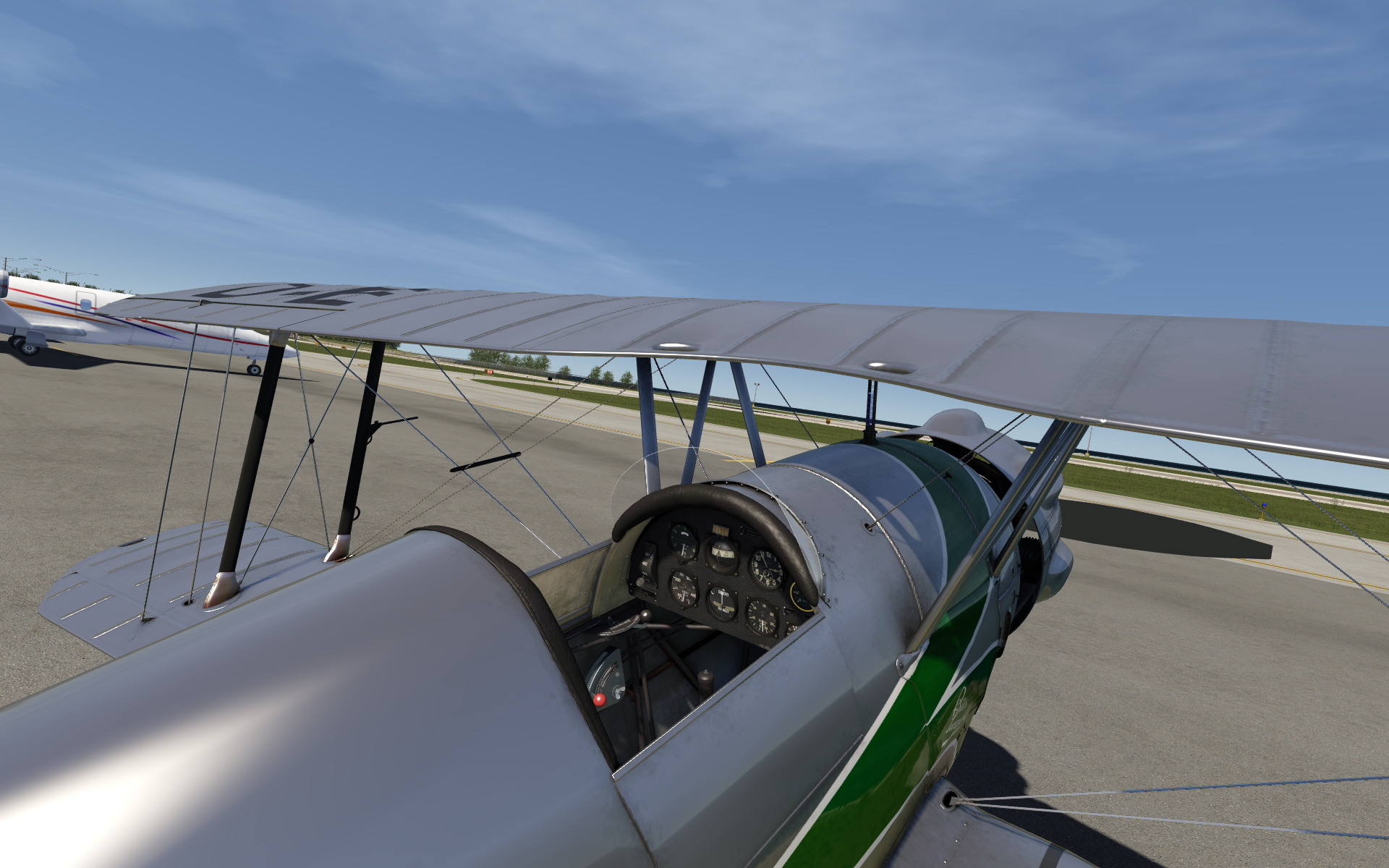 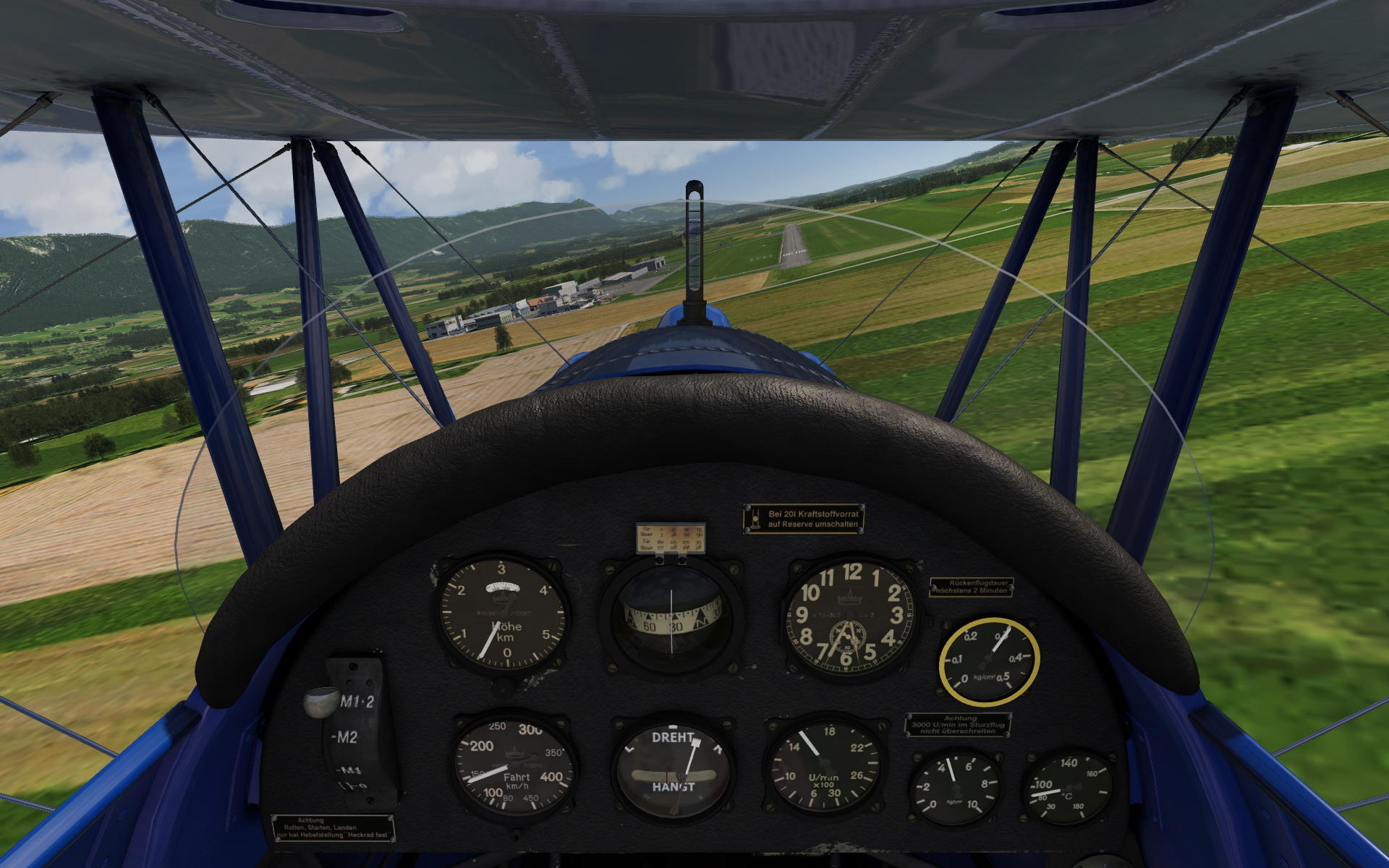 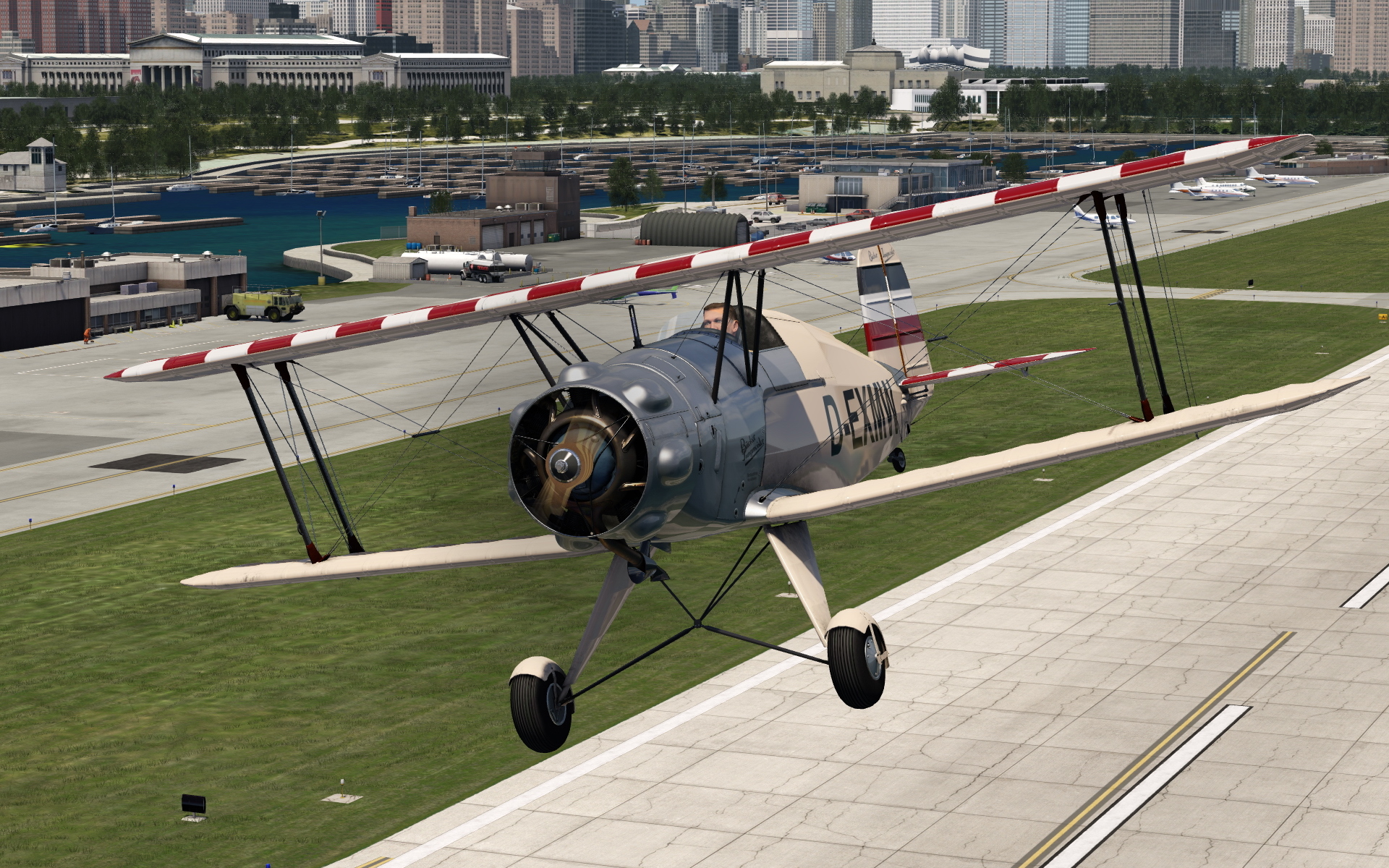 As always, we will continue to aim for the stars in our continuing quest to provide you with the best flight simulator experience around. Look out for some cool new features coming your way such as ATC, advanced motion control ‘VR Hands’, a new logbook feature, more scenery and aircraft, and much more!

Dunkirk Spitfire is out !